Easy to use. Easy to manage.

Go-Box was created to give K-12 schools a fast, easy and inexpensive way to deploy large quantities of Chromebooks. Go-Box is designed, developed and manufactured in Newport News, Virginia, United States of America

Since 2016, nearly 1,000 school districts have used Go-Box to automate the repetitive enrollment and configuration processes on the new and existing Chromebook devices. With the experience of an estimated 1,200,000 Chromebook enrollments under its belt, Go-Box has best practices built right into the device to ensure Chromebooks are enrolled and configured exactly as needed for student use, at the highest units per hour throughput possible.

Schools using Go-Box are saving tens of thousands of dollars compared to traditional white glove fees. They're able to bring their Chromebook deployments in-house, without over-burdening IT resources.

1:1 How it Works Demonstration What's Included? 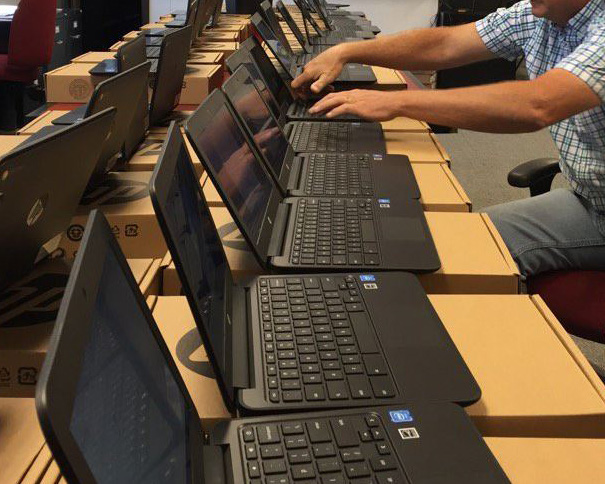 When you're dealing with just a few Chromebooks, the enrollment and configuration process isn't too difficult. But when done manually (pic) and multiplied over hundreds or thousands of devices, these simple processes are exhausting and can grind IT operations to a halt for days and weeks at a time.

Go-Box is the affordable in-house solution for K-12 education. It quickly automates the enrollment and configuration processes on large quantities of Chromebooks.

Compatibile with all Chromebook makes and models 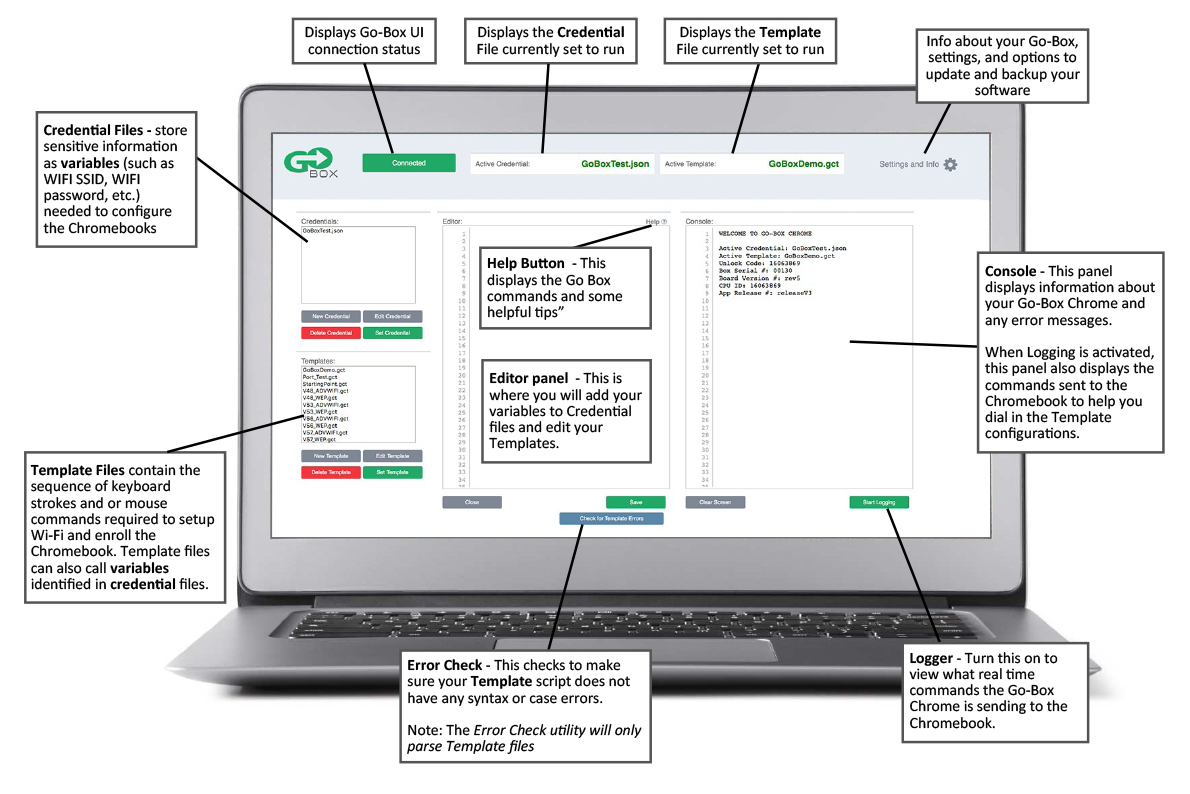 Simply connect to the Go-Box User Interface wirelessly from any browser to quickly configure your enrollment script using a Go-Box pre-made template. Go-Box provides all current Chrome OS version templates on the Go-Box, and newly released versions are always accessible to customers on the Go-Box website for free.

Once you're done with the configuration in step 1, all thats left is to:

Your script simultaneously configures up to 16 Chromebooks in less than 2 minutes in most environments. Asynchronous operation on each USB channel provides the highest provisioning throughput.

Go-Box has a 100% success rate working as advertised in every customer environment, including international locations. Go-Box stands by their procuts and guarantee that is will also work for you! 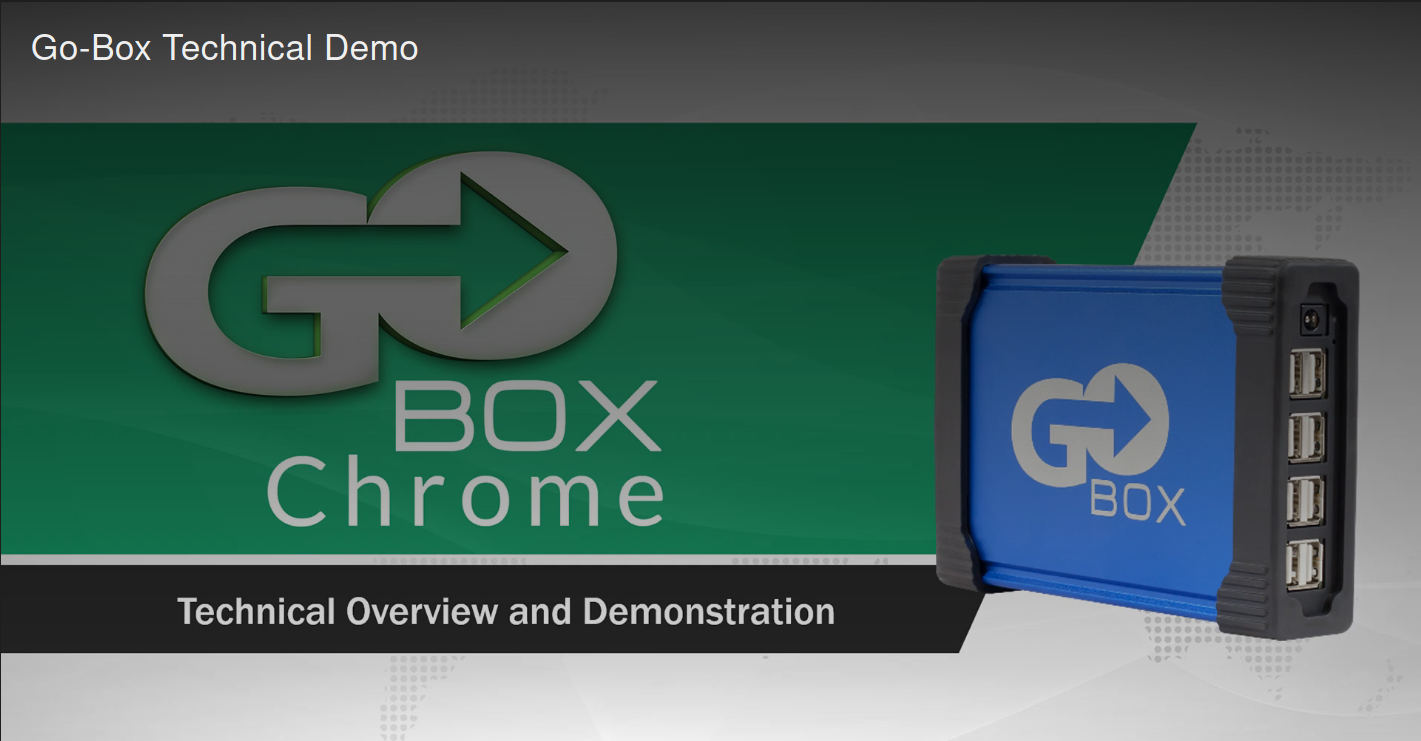 Included with each Go-Box 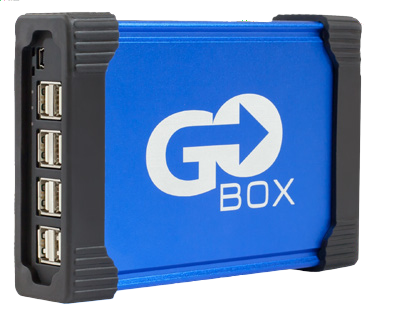 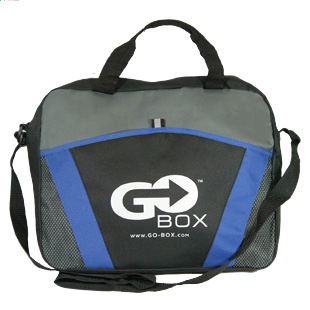 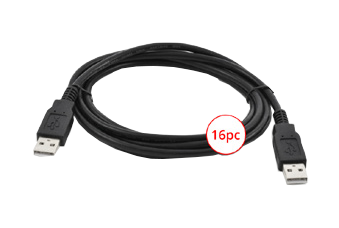 16 cables for connecting your Chromebooks!


Let us help you save time and money with Go-Box.